‘Wearables’ to shift from reliance on smartphone hubs 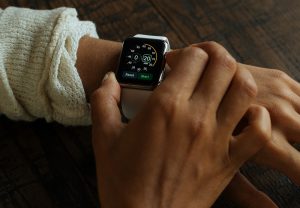 The majority of wearable devices, whether it is smartwatches or fitness trackers, rely to some extent on the smartphone as a hub. As a result of this, manufacturers are now looking to ensure that this is a function of the wearable itself. Google’s ‘Android Wear 2.0’ smartwatch already demonstrates this, running its own apps and connecting directly to the cloud via Wi-Fi. It remains to be seen whether wearable devices will replace the need for smartphones, or continue to operate an extension.

Certainly it was the use of smartphones as a central device that enabled the growth of wearables, but with the hype beginning to diminish, companies are considering shaking things up. Interestingly, smartwatches, fitness trackers and smart eyewear (virtual reality and augmented reality) are becoming popular individual categories, moving away from the broad umbrella of ‘wearable tech’. Companies are therefore progressing beyond discussing ‘wearables’ and instead focusing heavily on sub-sectors.

With the success of the Apple smartwatch, the Fitbit and increasing excitement for the upcoming PlayStation VR, the wearables market remains strong. It is worth over USD 30 billion according to IDTechEX and will continue to grow to over USD 150 billion by 2026, with disruption and commodization expected. The IDTechEx ‘Wearable Technology 2016-2026’ report is available from this link: http://bit.ly/2cLtONP